On the grounds of the Retreat

In 2013 we began to clear the vegetation from a Maya village mound site on the Retreat and discovered an area much larger than originally suspected. In fact it may possibly be the most intact village mound settlement in the North. This site, along with the many other less complete sites in the area, could be an important key to giving us more information about how the neighbouring cities were supported and sustained. The first village mound settlements dating back to the Pre-Classic period (1200 BC to 250 AD) are actually found in northern Belize. They were corn-growing communities with allegiance to the nearby ceremonial centres. Sadly many sites were bulldozed down to make way for the expanding sugar cane industry or, even worse, for quarrying earth for road building.

Schematic Plan of Maya village site at the Retreat 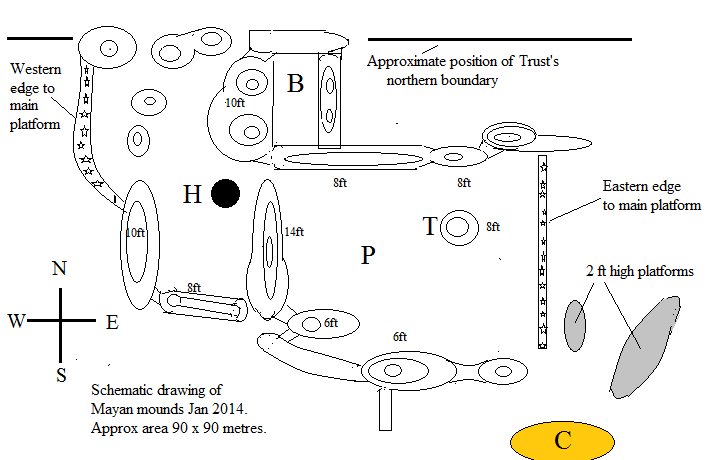 Other minor structures may well exist in the surrounding dense bush.

We feel very privileged to be custodians of the site at the Retreat and hope that in time it may indeed be established how these smaller village sites contributed to the sustainability of the larger cities. 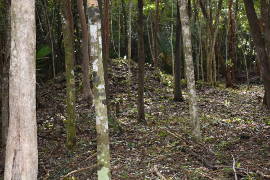 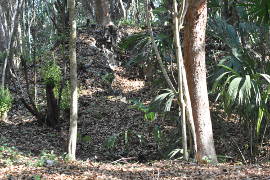 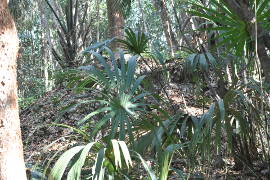 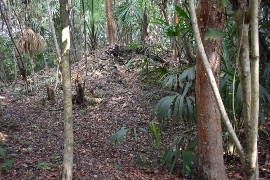 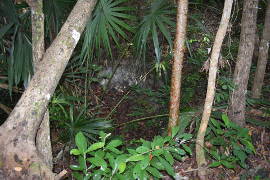 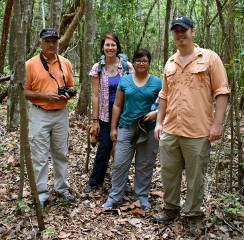 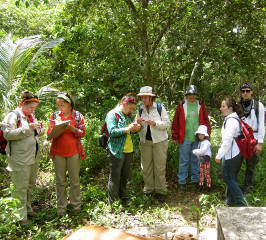 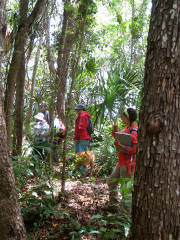 Many of us think of the Maya as a people who no longer exist in today’s modern world but that is far from the truth. Sadly the language was prohibited in schools and the culture was discouraged to the extent that the Maya pretty much went underground. 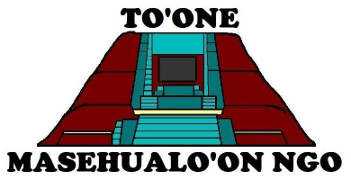 Corozal based NGO To’one Masehualo’on is one of several groups in Belize reintroducing to the people their language, music, food, their spiritual belief system and, most importantly, a pride in their rich history. Gateway Retreat enjoys close ties with To’one Masehualo’on. See their Facebook Page.

We recommend these resources for additional information on Maya Culture and Archaeology: 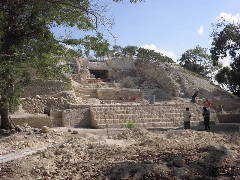 chactemal.com is a local website that shows the excavated Maya site of Chactemal (also known as Santa Rita) just 5 miles from the Retreat, and Maya culture and history, including the birthplace of the Mestizo. 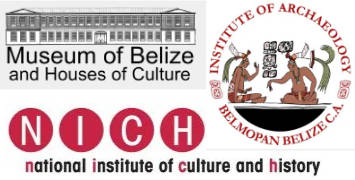