Letter from Belize no. 80

Look who came to stay! 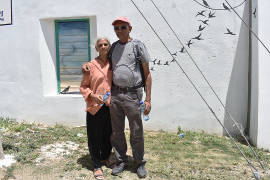 For those of you who have not met, let me introduce Sharda and Ishubhai, friends from Harare going back almost 30 years. It was such a treat to see them, to hear difficult to imagine descriptions of modern day Harare, to catch up on news of old friends, to meditate and share satsang together and to show them Corozal.

Corozal put on a good show for them as they were here for the annual re-enactment of the wedding of Gonzalo Guerrero and Princess Zazil Há held at the Santa Rita (Chactemal) temple site. Gonzalo was a Spanish conquistador who survived a ship wreck, landed on the shores of Belize, was captured and imprisoned by the Maya of the Chactemal Province. He later befriended and became advisor to their chief, Nachan Can, and married his daughter, the princess Zazil Há 500 years ago. Thus this area was the birthplace of the Mestizos of northern Belize. 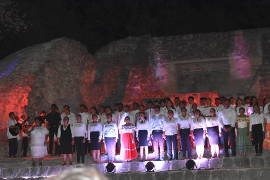 The event was organized this year by the 6th form Tourism students of the Centro Escolar México Junior College and here they are singing the National anthem accompanied by MC, our very own satsangee, Adela. 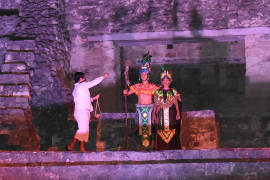 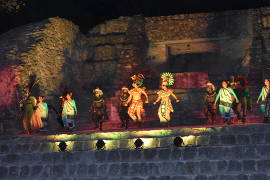 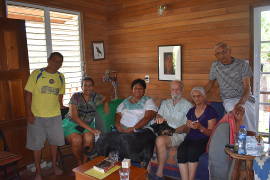 Here are Sharda and Ishubhai with our satsang group
L to R:
Adam. Yavette, Adela, Henry (with Tala), Sharda, Ishubhai 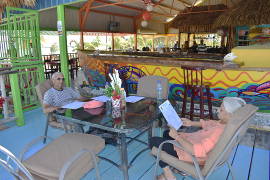 and here at my favourite new restaurant in town.

It was a very special time and we really appreciate their monumental effort to get here – Harare to Belize via Dubai and Florida. Wow. Check out our visitors book on the website to see what they have to say.

It is unbelievably dry here. We had 2 mm of rain in March and in a very welcome shower a couple of days ago another 5mm. It looks more like Africa than Central America. 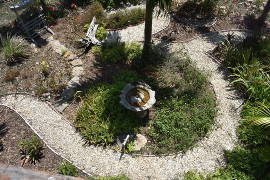 Our love from another place in the world experiencing cranky weather,
Rose

Printed from https://gatewayretreatbelize.org — Letter from Belize no. 80.